Home / ... / hidden europe 58 / A Walk in Grumsin: The Forest and the German Imagination

A Walk in Grumsin: The Forest and the German Imagination

In Germany, the forest has inspired literature and art. Great stretches of woodland have fired the German imagination - no, surprise, perhaps in a country where forests figure prominently in the national narrative. Berlin-based author Paul Scraton heads off into the German woods.

The village of Altkünkendorf sits on a slight rise in the Brandenburg landscape, about an hour’s drive north-east of Berlin. There is not much to it. A collection of one- and twostorey houses and a couple of farms. A volunteer fire station. A modest distillery and a beer garden offering views across the fields, to wetlands where ospreys hover and grebes dive, and beyond, to the first of the trees of the Grumsiner Forst.

That people come to Altkünkendorf has a lot to do with the Grumsin Forest. It was why I was standing by the entrance to the village church on a cool, spring morning. It was why a group of fellow Berliners are also hovering, dressed in waterproofs and sturdy boots, some of them holding walking poles. And it was why we are all waiting for the doors of the information centre next to the church to be opened.

In 2011, a collection of ancient beech woodlands in Germany were joined with similar forests in the Carpathians of Slovakia and Ukraine to be listed as a UNESCO World Heritage site. These are the remnants of woodlands which once extended over some forty per cent of Europe, from the Baltic to the Alps and the Atlantic to the Balkan peninsula. In Germany, forests once covered ninety per cent of the landscape. Over the centuries, Germany’s forest coverage has shrunk to just a fraction of its former extent. And the country’s ancient beech forests, in particular, have been decimated.

The volunteer working in the UNESCO information centre that morning was late. She arrived with an apologetic smile and an explanation. She had been helping to move a stork’s nest, two villages over, an operation that combined the efforts of volunteers from various nature groups and engineers from a mobile phone company whose mast was involved. She talked as she showed us the map that highlighted the retreat of the forest in Germany and where those patches of ancient woodland remained. Then she referred to a local map to show the best walking routes. She didn’t even ask us why we were there. It was obvious. It was the reason all of us were in Altkünkendorf that morning.

This is just an excerpt. The full text of this article is not yet available to members with online access to hidden europe. Of course you can also read the full article in the print edition of hidden europe 58. 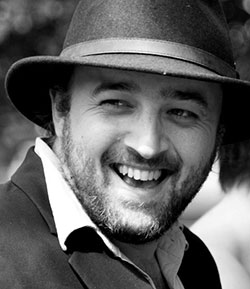 My brief was to take the pulse of eastern Germany on the 21st anniversary of her union (in October 1990) with her bigger neighbour to the west. Thus was a new and larger Germany born. Twenty-first birthdays have symbolic rather than any legal ...
Read More →
Related article

The great heath at Lüneburg in northern Germany recalls a landscape that was once very common across many parts of Europe. Paul Scraton explores how the landscapes of the heath reflect land management practices developed over many centuries. The ...
Read More →
Related article

It’s the small things that matter

Would you believe that a major guide book publisher really suggests that the Rhine runs from north to south through Germany? With tight budgets, some publishers are cutting corners and skimping on detail. For the Rough Guide to Germany, that means ...
Read More →
Log In