Retirement communities tend to be rather tame places. Not so the one in Spain's Extremadura region, which guest contributor David Cawley has been exploring for hidden europe.

There are no flashing lights, bells, whistles, Imax theatres or theme park 'experiences'. Even the tourist board keeps a low profile, its small office almost hidden amid local retailers. The key fobs and cute snowstorm domes depicting local attractions that are so common elsewhere across tourist Europe seem not to have reached this outpost. Here the shop keepers just provide the necessities and indulgences for the local population, rather than pandering to those in search of memorabilia. In many ways this is a small and quite unremarkable Spanish town. But on closer inspection the camouflage of the everyday residential, commercial and industrial urban fabric conceals a wealth of Roman heritage and remains in a quantity and condition that rivals even the mother country itself.

Mérida (a Moorish name) is no Mecca for tourists and the small numbers that do visit are in the main Spanish or visitors from nearby Portugal. For many, it is no more than a way stop on the fast road from Madrid to Lisbon. At first sight the Alcazaba at Mérida - a seemingly mandatory feature of many a Spanish town - is handsome enough but nothing special. Completed in 835 AD under the orders of Abderramán II, it was constructed to offer protection for rulers and subjects from the constant local uprisings as well as to control passage across the old Roman bridge over the braided Guadiana River. Today the puente romano is happily traffic free, its squat stone arches edged into retirement a decade or so back by a sleek modern structure. At one end of the historic Roman bridge, a group of old men sit on a bench and put the world to rights. 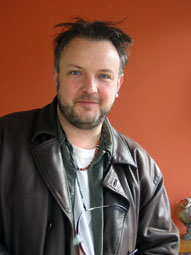 Following nine years of living in the Canary Islands, and a couple of years working with regional newspapers, David turned freelance. He focuses on travel writing and photography and nowadays lives not far from his native Manchester – under the shadow of Pendle Hill, a modest hill in east Lancashire (England) that is remarkable for its connections with witchcraft and, more seriously, the Quaker movement.

David is especially interested in industrial archaeology and enjoys ambling along old canal tow paths, disused railway lines and pack trails. His travel interests encompass Scotland, Spain, less well known European cities, heritage tours, rail and canal journeys and very soft cycling. David can be heard on-air with his regular broadcasts on BBC Ribble Valley Radio – a weekly moment, he says, to make a fool of himself. He is a member of both the British Guild of Travel Writers (BGTW) and of Writers and Photographers Unlimited (WPU). Find out more about David's work at www.davidcawley.co.uk.

We have switched the hidden europe domain name from hiddeneurope.co.uk to hiddeneurope.eu to clarify that we are based in the European Union. This change has been on the agenda for some time and it seemed a good moment now to implement ...
Read More →
Related article

Welcome to hidden europe 50. We live and work in a city where foreign nationals make an immense contribution to the local economy, to society and to the arts. Berlin is in that respect very typical of many places in Europe. In hidden europe, we ...
Read More →
Related article

Welcome to hidden europe 43. “Do not rush on your journey,” implores Cavafy. That’s a lesson we have taken to heart in hidden europe. We skip the fast train and avoid main highways, instead favouring the slow train and meandering back lanes. It is ...
Read More →
Log In