The green and white stripes of the Abkhaz flag give a striking splash of colour. But the schoolteacher speaks of the Mingrelian language and culture. Karlos Zurutuza goes in search of a minority group in the Republic of Abkhazia, a small territory on the north shore of the Black Sea which has for a quarter of a century asserted its status as an independent state.

It is a quarter of a century since the cable cars ground to a halt. Since then the pylons that supported the cables have rusted as the lush, southern vegetation, warmed by breezes from the Black Sea, is reclaiming the industrial and ceremonial buildings of Tkvarchel. This small mining town in the hills of eastern Abkhazia was once home to over 30,000 people. Vines and creepers now entwine neoclassical columns, while pithead gear of onceactive mines stands gaunt and rusting. Karlos Zurutuza has written in the past for hidden europe, contributing articles on the Black Sea territories and on his native Euskal Herria (Basque Country). He has previously penned accounts of the borderlands of Georgia. In this article, Karlos returns to that region in search of the Mingrelians.

At the police post on the Georgian side of the border, officials insist that there is no foreign country on the other side. “That’s Georgia over there too,” says one man. “Just as here, on this side of the river, this is Georgian soil. There is simply no international frontier here.”

The Georgian officials even reject any suggestion that the cabin where they check passports marks any kind of border post. Just a few metres away stands a Liberty Bank ATM van where people from the other side come over the bridge to draw their pensions. But, for the Georgians at least, even the sad line of pensioners is not clear evidence that there might be a frontier here.

“It is just a matter of logistics, but things will settle in time,” notes the Georgian officer as he examines our passports. He also takes a look at the entry invites for Abkhazia which we had purchased online. It’s not always easy to get permission to cross the bridge. But, after two hours, the clearance comes through from Tbilisi. “Okay, you can go,” says the Georgian official, gesturing towards the bridge over the Inguri River. The Abkhazians call it “Ingur”, and Sukhumi, the capital of Abkhazia, becomes “Sukhum” once on the opposite side of the river. The final ‘i’ has largely vanished from place names on the Abkhazian side. But not completely.

“Are you going to Sukhumi?” asks one of the Russian soldiers manning the border post on the Abkhaz bank of the river. He lingers over the final syllable. The young conscript in his early twenties might be completely unaware of the politics surrounding that ‘i’ suffix. But the paraphernalia of control — soldiers, watchtowers, military barracks and tangles of barbed wire — all tell a different story from that we heard on the east side of the Ingur. On this bank of the river, it seems, the border is taken very seriously indeed.

As in Moldova or Chechnya, the collapse of the Soviet Union in 1991 sowed the seeds of confrontation within some of its former constituent states. Abkhazia had enjoyed a high level of autonomy from Georgia for many decades (just as the Crimea had effectively run its own affairs independent of the Kiev government). But with Georgian independence in 1991, the authorities in Tbilisi began to assert authority over the distant province of Abkhazia, curbing its autonomy and asserting that the self-styled Abkhaz Republic was an integral part of Georgia.

This is just an excerpt. The full text of this article is not yet available to members with online access to hidden europe. Of course you can also read the full article in the print edition of hidden europe 55. 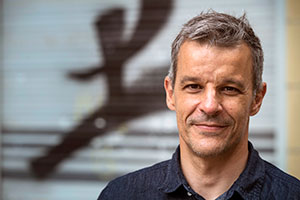 Europe boasts an engaging mix of microstates, some less acknowledged internationally than others. The mainland of western Europe numbers five independent nation states that are all among the smallest in the world. Andorra, Liechtenstein, San ...
Read More →
Related article

We are in search of the one-time capital city of a forgotten republic. From the turn-off on the Murmansk highway, it is 150 km of easy driving, skirting dozens of lakes, to reach the small community which in 1919 proclaimed its status as the ...
Read More →
Related article

How might better aviation links help bring a greater sense of regional identity to the North Calotte? Four countries share these northernmost reaches of mainland Europe, a sparsely populated territory which extends from the Lofoten Islands to the ...
Read More →
Log In