To Heaven's Gate: Journeys of the mind

The journeys never made are sometimes more deeply inscribed on the imagination than those actually undertaken. hidden europe co-editor Nicky Gardner reflects on the night train from Schwerin, a train that somehow she never quite managed to ride before it disappeared from the timetables.

In my late teens, I made a journey on a painfully slow, dreadfully uncomfortable local train that trundled by night through Thuringia. There was no hint of romance at Erfurt train station at three in the morning. I remember dawn over Weimar, a whitening sky chasing away dull stars. There were soldiers on the railway platform and grey lethargy in the tired railway carriage. It was all horrible. Believe me!

Yet that early reality check in Thuringia never dampened my interest in exploring the byways of a country whose affairs I followed with curious fondness. It just taught me that it was better done by day than by night.

East Germany was like that. Trains ran around by night for no particular reason. They stopped at wonderfully rural stations in the wee small hours. No-one boarded, no-one alighted.

The Kursbuch was an invitation to adventure. Timetables always are. Merely to browse the East German railway timetable was to enter an exotic linguasphere. There were place names in Sorbian, footnotes in Cyrillic and courteous advice in French on the benefits of travel through les pays socialistes. This slim volume boldly went beyond the rails to include the times of boats and planes too. Somehow, dawn in Weimar seemed a little brighter when I knew I had the flight times to Cuba and Vietnam tucked away in my rucksack.

Ultimately, though, I used the Kursbuch just as most people did — to check the times of trains. The concept of the regular interval timetable was utterly alien, and the trains ran to such irregular patterns (and often no pattern at all) that the timetable book was an essential part of the traveller’s armamentarium.

I often browsed the timetable, which hardly changed from year to year. One learnt the mainstays, the trains that gave perennial structure to the schedules. Did anyone ever actually use the only direct train of the day from Magdeburg to Frankfurt-an-der-Oder, I wondered?

Eight-and-a-half hours with fifty stops along the way on a train that skirted lakes, crept by stealth around the edges of Berlin and did not reach Frankfurt until after midnight. Nowadays, smart doubledecker regional trains leave Magdeburg every hour for the three-hour run to Frankfurt-an-der-Oder. But prior to German unification, this was a journey made all the more extraordinary by the division of Berlin. The only direct train from Magdeburg to Frankfurt was for many years that one afternoon service. The route this train followed was packed with history. It even ran along a stretch of the former Royal Prussian Military Railway, built after the Franco-Prussian War to boost the mobility of German troops and armaments. Not any stretch, but the very line where, early in the last century, a world rail speed record was set. This little detail alone justified the ride.

This is just an excerpt. The full text of this article is not yet available to members with online access to hidden europe. Of course you can also read the full article in the print edition of hidden europe 38. 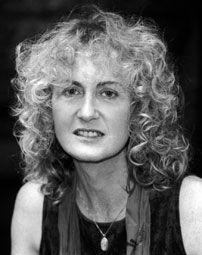 Ticket to ride: 40 years of InterRail

InterRail is far more than just a train ticket. Cast back to the nineteen seventies, and the rail pass was feted by a generation of young Europeans as the ultimate 'ticket to ride'. InterRail appealed to the wanderlust of travellers who took weeks ...
Read More →
Related article

Welcome to hidden europe 43. “Do not rush on your journey,” implores Cavafy. That’s a lesson we have taken to heart in hidden europe. We skip the fast train and avoid main highways, instead favouring the slow train and meandering back lanes. It is ...
Read More →
Related article

Changing attitudes towards travel, prompted in part by a fuller appreciation of how air travel is causing climate change, are helping fuel a renaissance in rail travel across Europe. That’s as true of overnight services as it is of day trains. But ...
Read More →
Log In